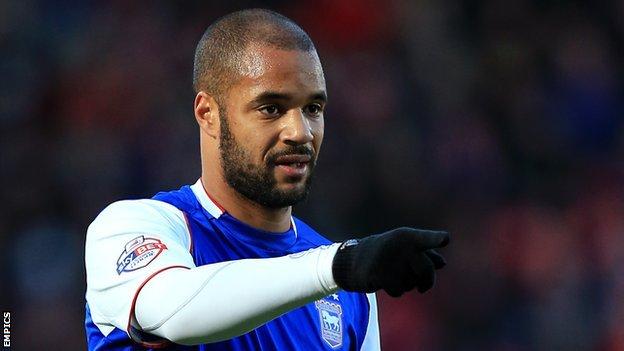 The 26-year-old converted a penalty for his 15th strike of the campaign, the most from an Ipswich player since Alan Lee notched 17 in 2006-07.

"It's fantastic - a really good haul for him," said McCarthy.

"He's been our talisman in games, hasn't he, with his bit of quality and goals? He's been excellent."

McGoldrick was a free signing from Nottingham Forest in the summer of 2013 after a loan spell at Portman Road in the second half of last season.

He has contributed eight goals in his last 13 games, coinciding with Town's climb from mid-table to seventh in the Championship, just three points off the play-off places.

Meanwhile, the former Southampton forward has been looking into the possibility of representing the Republic of Ireland.

McGoldrick was adopted, but recently found out he has an Irish grandparent from his birth mother's side.

He told the Irish Sun last week: "I just want to get the paperwork done, it's up to me to prove the link and then I'll make myself available for selection.

"It's up to [Republic boss] Martin O'Neill if he wants to pick me, but I'd love it if he did."