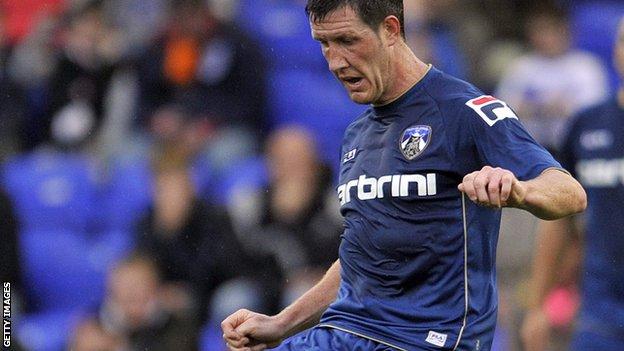 The 31-year-old was released by Oldham last month after a mutual agreement was reached to cancel his contract.

Byrne, who started his career at Sunderland, had a trial at Scottish club Ross County before joining Derry on Monday.

"Cliff is an unbelievable addition - he's like a manager on the pitch," said Derry manager Roddy Collins.

"Even at training you would have sworn he'd been here 10 years never mind 10 minutes with the way he was commanding the younger players," Collins told the club website.

The Dublin native made 11 appearances for League Two outfit Scunthorpe after being farmed out by League One Oldham last August.