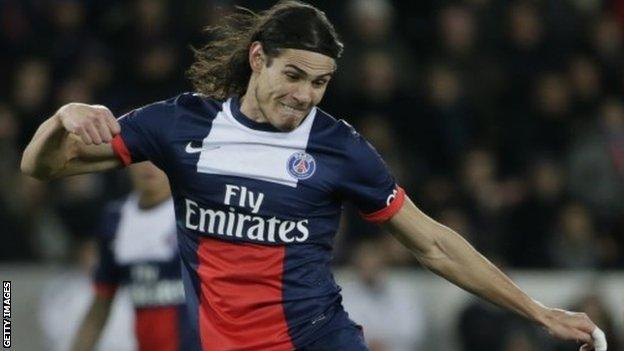 The 26-year-old suffered a thigh problem in the 2-0 win over Bordeaux last Friday, and came off the field with 14 minutes of the match remaining.

"It will be too tight for Nantes [on Tuesday] and Monaco," said PSG coach Laurent Blanc.

"Edinson is going to rest physically and mentally."

The former France coach added: "He gave a lot since the beginning of the season. This is unfortunate for him and for us, but we must deal with it."

Uruguay forward Cavani signed from Napoli for a reported £55m in the summer and has since scored 13 goals in the league for his new club.

Champions PSG hold a five-point lead over their rivals in France's top division.