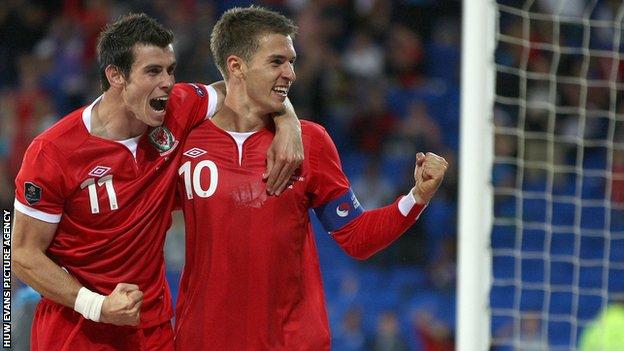 Ramsey has scored 13 goals in all competitions for the Gunners this term before injuring a thigh on Boxing Day.

"Of course it would have spurred Ramsey on," said Keown.

"It's inspirational when you see one of your team-mates or opponent, fellow countrymen, do something like Gareth Bale does.

"When he can just run past players at will.

Bale has scored 10 goals in 19 appearances for Real Madrid since his move to Spain.

BBC Sport football pundit Keown, believes Wales have a chance of qualifying for a major tournament, if manager Chris Coleman builds his team around the country's two star players.

"It's about time that the Welsh team really started to use that resource that they have," said Keown.

"There's a few Welsh players now, playing regularly in the Premier League, so I expect to see an improvement in the next round of championship games.

"I think the future looks good for them, but there's a lot of good Welsh players around and it's about really all of those coming together at the right time."