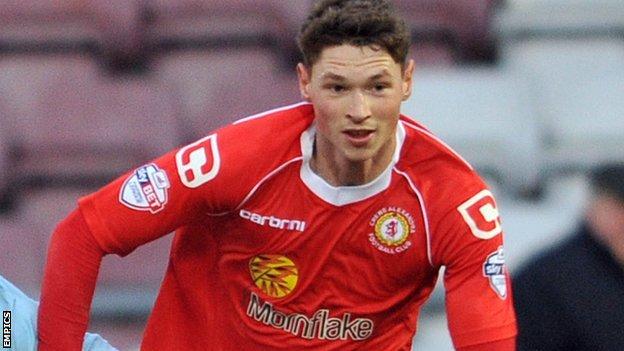 Manchester City teenager George Evans has extended his loan with Crewe Alexandra until the end of the season.

The 19-year-old Cheadle-born midfielder has netted once in 15 matches - against Port Vale - and generally impressed since joining the Alex in late October.

"I've spoken to Manchester City. They know Crewe is a great club for me to play and develop. I'm just grateful for getting the opportunity," he said.

"Now we have to build on what we achieved against Sheffield United."

Crewe's 3-0 victory over the Blades on Saturday, their best league win in almost two years, stretched them three points clear of trouble in League One.

Having won just four times in 22 matches over the first half of the season, they have now won four times in seven matches since Boxing Day, going into this Saturday's trip to Bradford City.