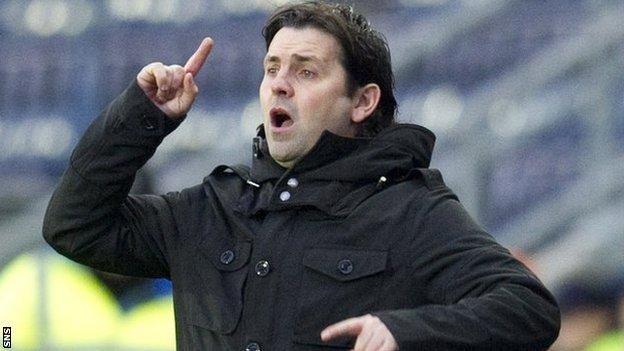 Alloa Athletic will be due £25,000 in compensation if Paul Hartley becomes the new manager at Dundee.

But it is believes that Alloa chairman Mike Mulraney might be prepared to waive the money.

Dundee are seeking a new manager after parting company with John Brown and Hartley is thought to be interested.

Despite Hartley having left Alloa voluntarily last month, the Recreation Park outfit can still invoke a clause in his contract for compensation.

Mulraney has previously said he would not stand in the way of any of his managers who wished to move on.

The chairman thinks that Hartley is an ideal fit for the job with Alloa's Scotland Championship rivals and had a good working relationship with his former manager.

Hartley is favourite to land the position at Dens Park after Brown left the club by mutual agreement following his side's slip into second place behind Falkirk on goal difference.

Dundee chairman Bill Colvin has said they will interview for the position, but Hartley has emerged as the front runner to try to ensure that the Tayside club win promotion to the Premiership.