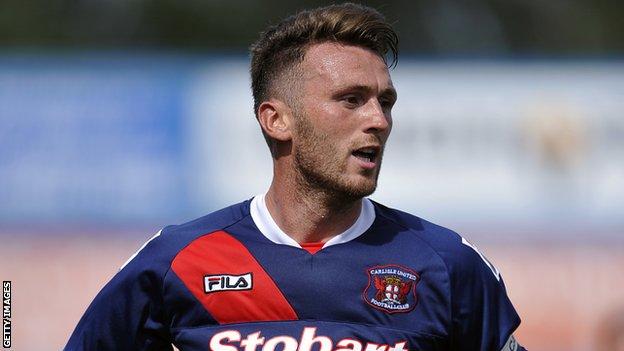 Carlisle eased their relegation fears with a win over free-falling Bradford.

The Bantams, now without a win in 13 league games, went behind after their defence made a mess of clearing a corner and Lee Miller placed a skilful overhead kick into the net.

The hosts could have doubled their lead straight after half-time when David Amoo broke from the halfway line but lost control of the ball in the box.

Aaron McLean had chances to equalise but fired over and pulled a shot wide.

"I felt proud, in the sense we've had a little bit of a difficult run. Picking the players up and coming up with a formula that was going to work tonight was difficult.

"Everything we did in the first half was about pressing the ball and keeping it away from our goal.