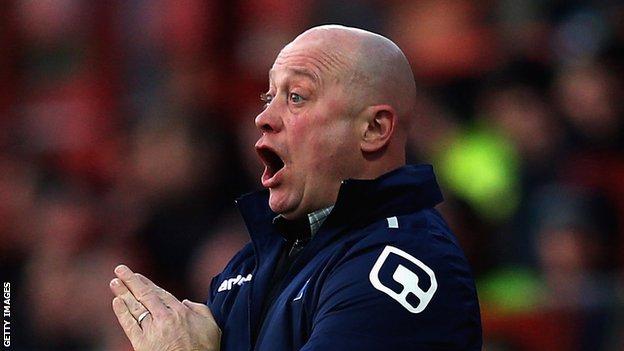 The right-back smashed the ball into the top corner after he latched onto Godfrey Poku's wickedly deflected shot.

After the goal, just the fifth conceded by Cambridge at home this season, Luke Berry almost equalised but his shot was saved by the on-rushing Jon Worsnop.

In the second-half, Berry volleyed over and Ryan Bird fired straight at Worsnop, as the Reds held on.

The win brings Nicky Law's men to within one point of second-placed Cambridge, but the U's have three games in hand.