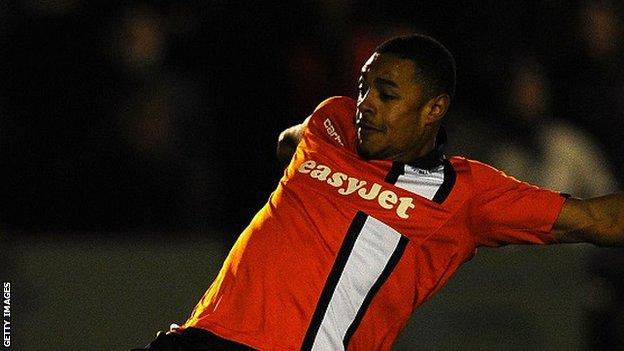 A double from star striker Andre Gray saw Luton open a six-point gap at the top of the Conference Premier table.

It was the Hatters' 11th consecutive away game unbeaten, a club record, and their 21st league match without defeat.

Gray took just nine minutes to net his 18th of the campaign when he found the top corner from 12 yards.

The hosts levelled before the break when Danny Andrew let fly from 20 yards, but Gray grabbed his second with eight minutes remaining.

"It was tough, it really was tough, but tough's great sometimes when your back's against the wall.

"Sometimes you've got to come away, dig in and work your socks off.