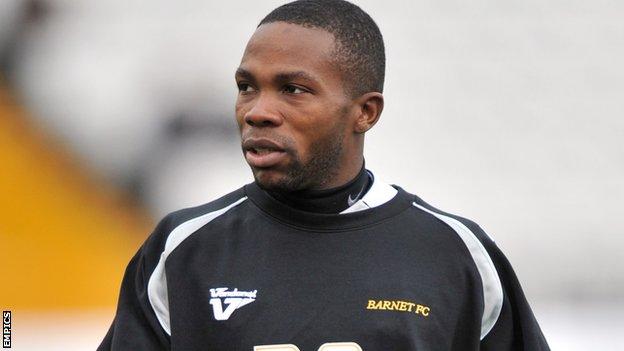 Coventry City have signed Mark Marshall on a contract until June, following the completion of his two-year drugs ban.

The 26-year-old midfielder tested positive for a banned stimulant after a League Two game between Barnet and Dagenham on Boxing Day 2011.

After the ban was imposed in May 2012, he was then released by Barnet.

When a club like this comes knocking, you can't turn it down

But young striker Rory Donnelly, who signed on loan for the rest of the season on Friday, has returned to Swansea City for personal reasons.

"Mark has very much impressed us," said Pressley, "not only with his ability but his hunger as well.

"His fitness is also very good so we expect him to challenge for a starting spot straight away."

Marshall began his career at Swindon, making 24 appearances, but only two starts.

After a loan spell at Hereford, he went on a free transfer in the summer of 2010 to Barnet, for whom he hit 10 goals in 84 games.

"I can't wait until that first moment when I get back on the pitch," said Marshall.

"It is going to be an unbelievable feeling. Hopefully I will be able to make an impact. When a club like this comes knocking, you can't turn it down."