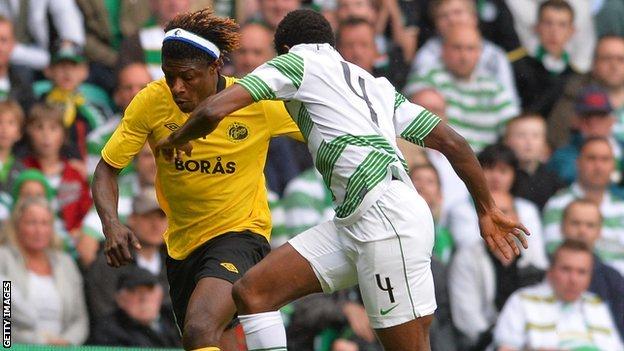 The 24-year-old signed a two-and-a-half-year deal on Monday, three days after his contract with Scottish club Celtic was ended by mutual consent.

Bangura could make his debut for second-placed Istanbul BB on Saturday at home to Adanaspor.

Bangura signed a four-year contract with Celtic in August 2011 but made only 16 appearances and was twice loaned to Elfsborg, where he played for all of last season, and once to another Swedish side AIK Stockholm.