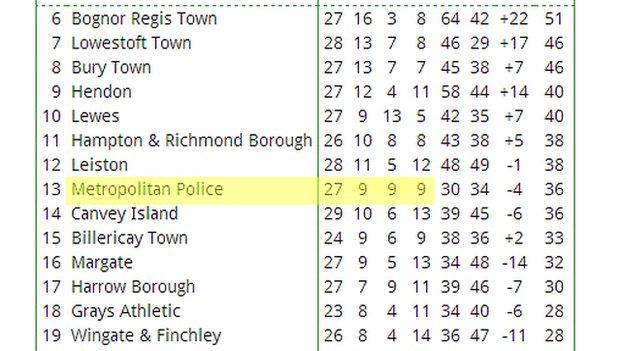 The Metropolitan Police Football Club have attracted attention after their playing record this season became the same as the emergency phone number 999.

After 27 matches in the Ryman Premier League, the Met have won nine, drawn nine and lost nine.

That record will end on Tuesday when the team play Harrow Borough at home.

The club was founded in 1919 - not 1999 - and in recent years there has been a relaxation in the rule that players had to be serving members of the police.