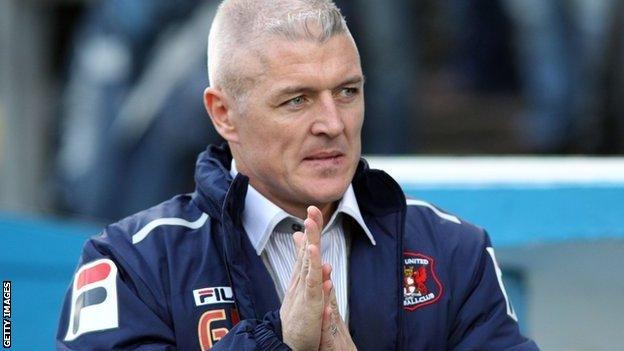 Last week, Kavanagh on loan, and goalkeeper on a short-term contract.

"We have to go back to the recruitment drawing-board because the group need help," Kavanagh told BBC Radio Cumbria.

"I'll keep chipping away at the board to get some more money to try and add quality to the squad."

In December, the Cumbrians' managing director something that would need to be addressed during the January transfer window.

Including the expiration of loan spells, 12 players have left Brunton Park since 1 January, with five arriving.

Trialists Derek Riordan, Lewis Young and Paul Reid all started in a reserve team match against Wigan Athletic on Tuesday.

Against Bristol City, Carlisle only named six substitutes, two of which were teenagers who had made just one first-team appearance each.

"Having a space on the bench even when you're drafting in youth lads shows that we need bodies in," said Kavanagh.

"There are senior players injured that we're trying to get back as well, and with the numbers we managed to move on, we should be able to make signings."