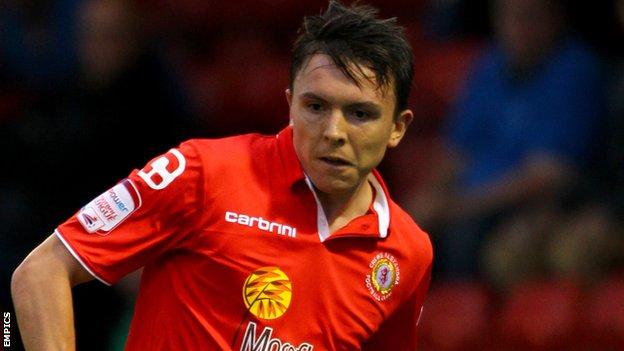 Northampton Town have signed former Crewe and Nottingham Forest defender Gregor Robertson on a contract until the end of the season.

The 30-year-old Scot was after making four appearances this term.

Robertson was the Alex's first-choice left-back last season and played 40 times for the League One side after joining in July 2012.

He started his career at Forest before spells at Rotherham and Chesterfield.