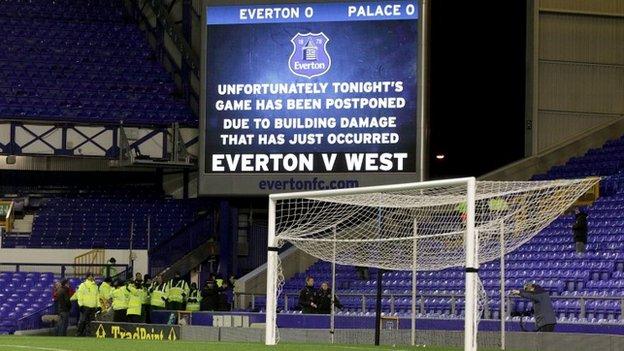 The decision was made less than 45 minutes before kick-off and after both sides had named their line-ups.

It was the second Premier League game on Wednesday to fall, after Manchester City's match with Sunderland was postponed, also for safety reasons.

Everton are sixth in the league table, while Crystal Palace are 15th, two points above the bottom three.

Several roads around Goodison Park had been closed because of high winds and a number of spectators were reportedly stuck in heavy traffic.