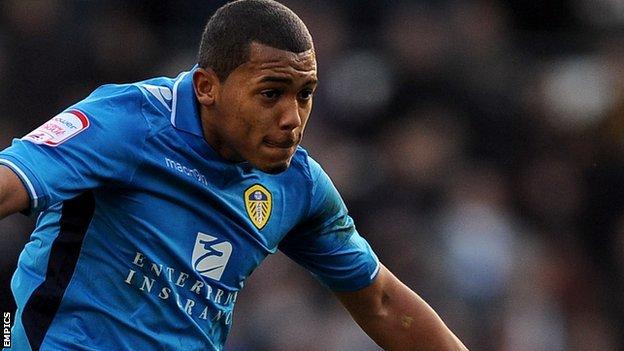 Milton Keynes Dons have agreed a contract with winger Ryan Hall until the end of the season.

The 26-year-old was a free agent, having been released by Leeds United in November after a disciplinary issue.

Hall has previously had spells with six other clubs, including Crystal Palace, Dagenham & Redbridge and Southend.

Hall's best season to date was for the Shrimpers in the 2011-12 campaign, when he scored 14 goals and picked up 25 assists in 54 appearances.

Hall completed his move to Stadium MK after a meeting with manager Karl Robinson on Tuesday.

The Dons' boss will be hoping Hall can help his side's push for the play-offs.

MK currently lie in 11th place in League One, 10 points behind sixth-placed Walsall, who host Robinson's side on Saturday.

Dons have taken just one point from their last four league games.