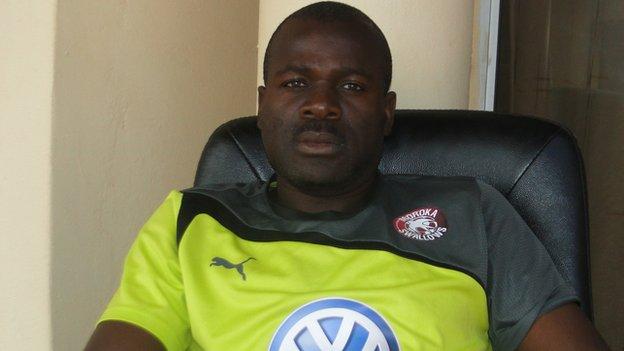 The Zambian football fraternity has been thrown into mourning following the death of ex-Chipolopolo striker Dennis Lota.

The 40 year-old died of suspected malaria on Tuesday evening in South Africa, where he worked as an assistant coach at Premier Soccer League side Moroka Swallows.

His former team-mate and now the president of the Football Association of Zambia, Kalusha Bwalya paid tribute to him.

"I have been deeply saddened by news of the passing on of Dennis Lota - my striker partner; a team player, a humble and dedicated colleague who served his country with distinction," Bwalya wrote.

"It is with a heavy heart that I write on behalf of the Football Association of Zambia this message and prayer for a servant of Zambian football who has sadly passed away at a time when he was starting to scale the football coaching ladder.

"I have known Dennis for many years, on and off the field, his commitment and dedication to the game, hard work and admirable humility were hallmarks he carried during his playing days and even in retirement.

"It's a momentous loss, a shocking death which words alone cannot fully express."

He featured at four Africa Cup of Nations finals and won 79 caps for Chipolopolo.

His one foray into European football was with Swiss club Sion in 1997-98.

Nicknamed "Chesa Mpama" in South Africa for his trademark goal celebration of rubbing his hands together, Lota became a cult hero at the country's glamour side Orlando Pirates in the late 90's where he played over 100 games.

Former Zambia coach Patrick Phiri was also full of praise for him.

"He was a fantastic boy, the most disciplined player that I've ever coached," he told BBC Sport.

"He had so much respect not only for the officials but also for his friends.

"Fantastic - one of the most gifted players that has graced our football fields."

Phiri also revealed that Lota wanted to help out with the coaching duties in the Zambia national set-up.

"One month ago he still had that passion to serve the nation," Phiri continued.

"He asked me to ask if he could coach one of the youth teams.

"I was very inspired that even after playing and serving the nation as a player he still wanted to give himself as a coach for the national teams."