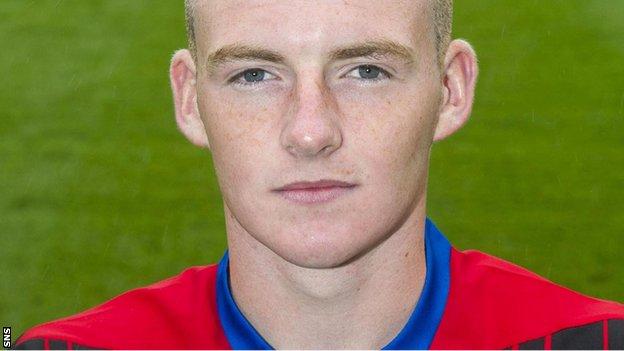 Chairman Kenny Cameron said the club acted swiftly over the alleged tweet regarding the Orange Order.

"Following a discussion with the player we confirm that he has been suspended by the club pending an internal disciplinary investigation," he added.

"No further comment will be made until those investigations have been concluded."

The Scottish Football Association will also investigate the alleged tweet.

And a spokeswoman for Police Scotland said the force had received a complaint from a member of the public and officers were carrying out inquiries.