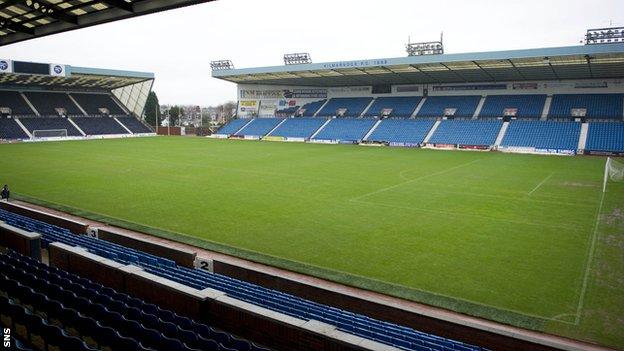 The Kilmarnock Futures Consortium has withdrawn from negotiations over a possible takeover of the club.

had sought to take a "significant interest" in the Scottish Premiership outfit.

"We made several attempts to achieve the regime change we feel is necessary," the consortium said.

Chairman Michael Johnston has been the subject of several fan protests, with many unhappy with his stewardship of the Scottish Premiership outfit.

In its statement, the fans consortium explained: "After several months of lengthy negotiations with Kilmarnock chairman Michael Johnston and, more recently, with new club director Billy Bowie we set a deadline for our final offer to be accepted and that deadline has now passed without resolution.

"During the negotiations, we made several attempts to achieve the regime change we feel is necessary at Kilmarnock, but on each occasion our offer has either been delayed or rebuffed.

"This is despite being told that there is a belief among some of those involved in the process that we are the right people to take the club forward.

"We believe our involvement would have secured the future of Kilmarnock FC on and off the pitch and at the same time have delivered greater community involvement in the club.

"Each of the individuals involved in the consortium are already running successful businesses and we simply cannot afford to dedicate any more time to a process where some of those involved do not share ours and the majority of the Killie fans' vision for the future.

"We have been delighted to see the club's fortunes and results improve on the pitch in recent weeks and we would like to wish Allan Johnston and the team all the very best for the remainder of the season."

Kilmarnock are estimated to have debts in excess of £9m and are expected to announce trading losses in their next set of annual accounts.