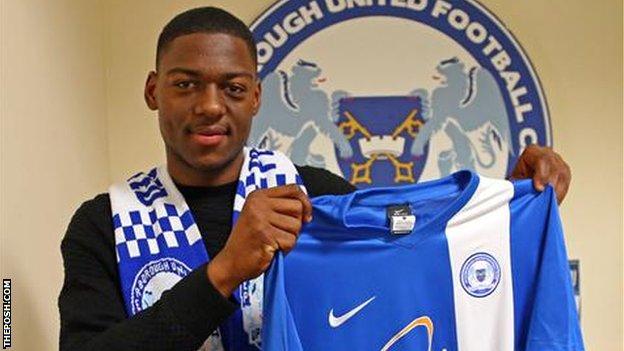 Santos has arrived on a free transfer from Thurrock, having played 24 times this term in Ryman League North.

"He is one for the future, but one that we know a lot of clubs were looking at," said Posh boss Darren Ferguson.

"Potentially, we feel he is a good signing for the football club."