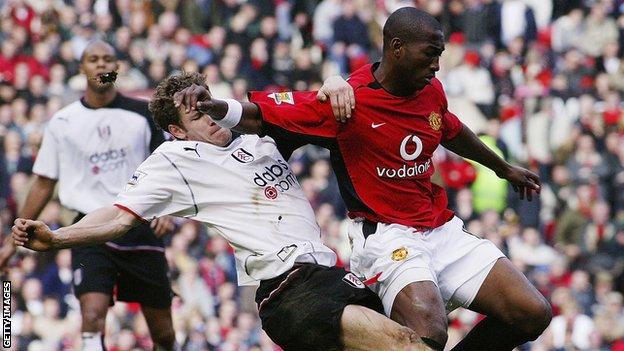 After passing a medical with the Paisley club, the Cameroon international signed a deal until the end of the season.

He also featured at the World Cup in Korea and Japan in the same year.

"He is a top drawer player who does a power of work in the defensive midfield area," manager Danny Lennon told the St Mirren website.

"At times I would have liked to play someone alongside Jim Goodwin in that role to protect the back four and give our creative midfielders more of a license to hit the opponents box. Eric has performed that role at the highest level for top European clubs.

"He wants regular football to ensure he goes to the World Cup with Cameroon this summer and we are happy to give him that platform."

St Mirren, who are ninth in the Scottish Premiership, and also clinched loan deals for and .

The Buddies face Dundee United in the Scottish Cup at Tannadice on Sunday.