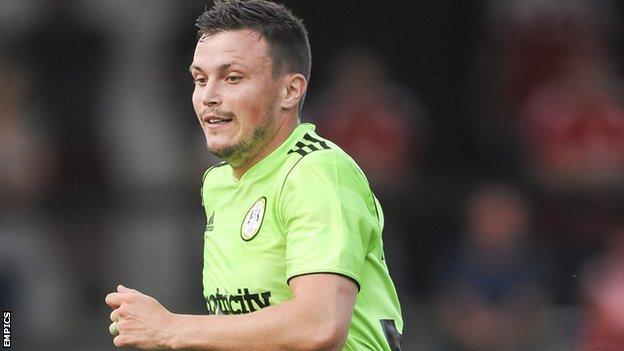 The 27-year-old former Wrexham and Fleetwood forward was suspended by the club last year and was the subject of an internal investigation.

His last game for the non-league side came in October against Grimsby.

Rovers said the cancellation of his contract came after "a lengthy disciplinary process" and said they would make no further comment because of an "ongoing appeal process".

Mangan re-signed for Forest Green for a second spell in the summer, following his release from Fleetwood.

He made nine appearances prior to his suspension, which was enforced during the tenure of former boss Dave Hockaday.

Hockaday left the club in October after a run of poor results and was replaced by former Stoke coach Ady Pennock.