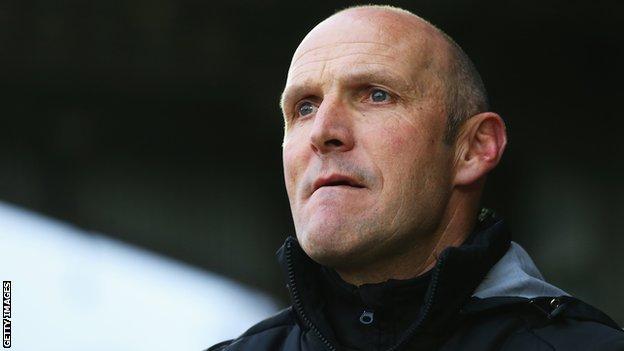 Jamie Menagh hit a last-gasp winner as Steve Burr's Chester moved back out of the Conference relegation zone with victory over 10-man Halifax Town.

After Halifax's Josh Wilson had been sent off for a first-half foul on Gareth Seddon, Craig Mahon put Chester ahead from close range on 55 minutes.

Halifax thought they had salvaged a point when James Bolton scored in stoppage time after poor defending.

But late substitute Menagh stabbed home the winner after a defensive mix-up.

Menagh's goal, in the fifth minute of injury time, just eight minutes after coming on, was his fourth in eight matches for Chester.

City keeper Aaron Chapman made his debut, coming in for John Danby. But a finger injury ended his evening prematurely 20 minutes from time, when he had to be replaced by Danby.

Meanwhile, Chester have parted company with assistant manager Gary Jones, more than a month after the sacking of the man who appointed him in May 2010, Burr's predecessor, Neil Young.

"Gary has played a significant part in the rise of our club," said City vice-chairman Steve Ashton. "He's a great bloke, who has been a pleasure to work with."