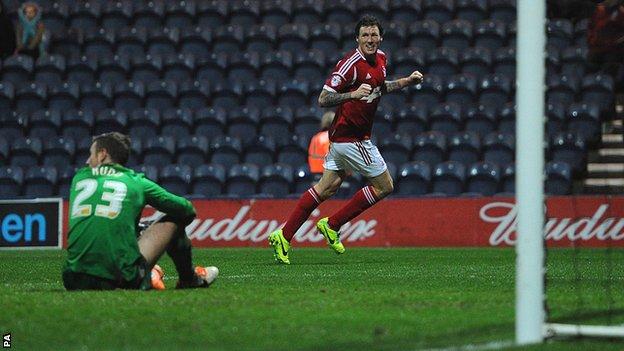 The League One outfit dominated for long periods of their fourth-round replay at Deepdale on Tuesday.

But goals from Jamie Mackie and Darius Henderson sent Forest through to a tie with Sheffield United.

"It is an understatement that it was daylight robbery," the 44-year-old told BBC Radio Lancashire.

"I've said to them that I can't hide my disappointment, never mind knowing what they're going through. They're the ones that have run around so much and dominated a game so much.

"We've said how proud we are of them. They've made a team at the top end of the Championship hang on for their lives. We've shown the quality that you need and every Preston fan should be proud of their team."

The Lilywhites, fourth in League One, are now in their first full season under former Leeds and Huddersfield boss Grayson.

"We've got 18 league games to go to try and get to where we want to get to," he added. "Nothing's finished at this part of the season. We've got everything to play for.

"The cup run has been a nice bonus for us. When you get up against these teams, you want to test yourselves and we've come out with flying colours."