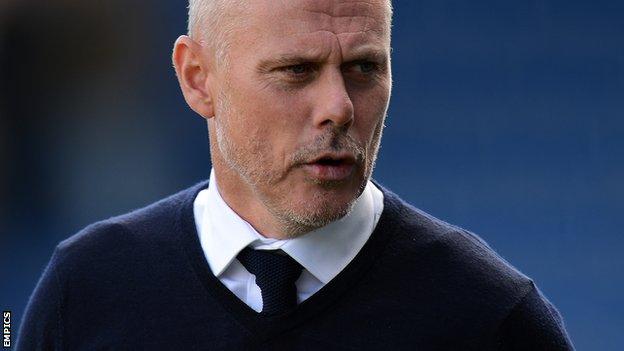 Tommy Wright has returned to Oldham as assistant manager, nearly five years after leaving the League One club.

Wright was initially taken to Boundary Park by ex-boss John Sheridan in 2006 and stayed for three years before the pair departed for Chesterfield.

The 48-year-old Scot, who also played more than 100 league games for Oldham, had a spell as caretaker boss of the Spireites before leaving in April 2013.

Boss Lee Johnson worked with Wright while he was a player at Chesterfield.

"He's a good guy," Johnson told the club website. "Everyone knows him and likes him here, he's got an affinity with the club and I'm looking forward to working with him."

Johnson lost Bobby Mimms from his coaching staff earlier this week, the former Everton and Blackburn goalkeeper having taken a position with the Bahrain national team.