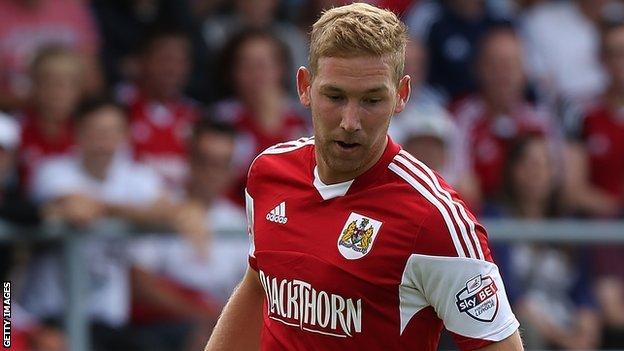 The 23-year-old popped a joint in his shoulder during Tuesday night's 2-1 loss at home to Coventry City.

The former Charlton midfielder has scored five goals in 34 games for the Robins since signing in July.

"The big news is that he won't need an operation because, if he had, that would have been it for the rest of the season," Bristol City manager Steve Cotterill told BBC Radio Bristol.

Meanwhile, fellow midfielders Liam Kelly and Stephen Pearson both featured in an under-21 fixture on Thursday on their return from long-term injuries.

Kelly, 23, damaged the cruciate ligament in his knee during a training session last July and has yet to feature for the first team this season, while Pearson, 31, has not played since suffering a serious ankle injury against Bolton in April.

Bristol City, who travel to Oldham on Saturday, currently lie 20th in League One, only out of the relegation zone by virtue of their superior goal difference.