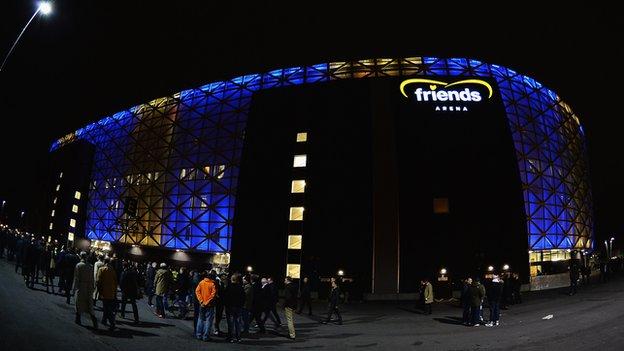 Sierra Leone striker Ibrahim Teteh Bangura is confident Sweden is the right place for him to regain his fitness and form.

And although he is likely to be sidelined for four weeks, he expects to resurrect his faltering career once he recovers.

"I'm happy for the loan move to AIK because it's good for me," Bangura told BBC Sport.

"I know I have made the right move to regain my form as I'm confident that I'll be playing regular football after I fully recover from my surgery."

Bangura left AIK for Bursaspor in 2011, after scoring 15 goals in 17 appearances for the Swedes, but has struggled for form since then and has been twice loaned out - to Turkish second tier league club Sanliurfaspor and Israeli side Beitar Jerusalem.

"AIK is a home for me as fans and officials like me for what I did for the club during my first spell, so I'm always comfortable at club," Bangura said.

"Playing in such an environment will boost my confidence and it'll help me a lot. I'm hoping to return to Bursaspor a better player.

"I have been struggling because of injuries but I hope to be fit in few weeks time after I fully recover from my surgery."