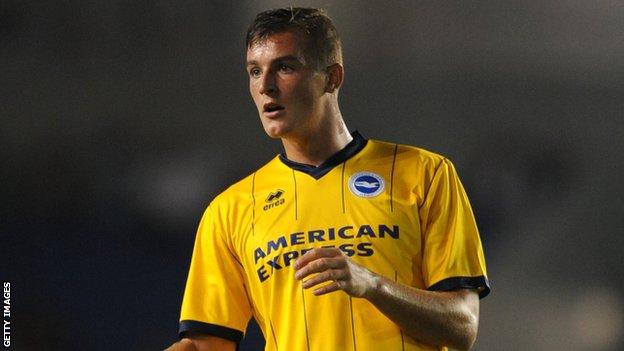 Northampton Town have agreed to sign Brighton winger Brennan Dickenson on loan until the end of the season.

The 20-year-old will be available for the Cobblers' League Two game against Plymouth on Saturday.

Manager Chris Wilder told BBC Radio Northampton: "He can go past people and that's we need to do here. We need to unlock tight defences.

"He's a young boy so there might be times when he might frustrate but we've seen he's an exciting player.

Wilder added: "Chris Hackett is back on the other side and I believe he's one of the best players in the league.

"Hopefully with the work we've done, we can show everybody what we're about come Saturday against Plymouth."

Dickenson has made 18 appearances in loan spells at Chesterfield and AFC Wimbledon, scoring three goals.

He is Wilder's sixth signing for the Cobblers since becoming their manager. The Cobblers have also extended Antonio German's loan.