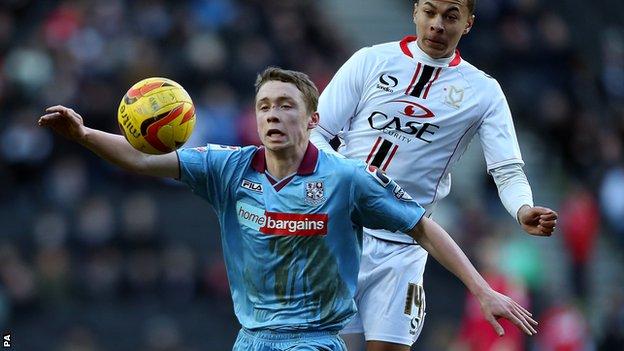 Manager Ronnie Moore hopes the three young loanees in his squad will "become men" during their time at Tranmere.

Recent results have lifted Tranmere up to 17th in League One, four points clear of the relegation zone.

"They've come on and we hope that, when they do go back, they've improved," Moore told BBC Radio Merseyside.

"It can be frightening. It is a culture shock because they realise they're playing for their livings here. It's not 'you have 50 passes and then we have 50 passes'. This is the real world.

"They come in as boys and go away as men. They've all developed really well."

Defenders Pennington and Arthurworrey extended their loans at Prenton Park for a further month earlier this week, while Moore expects Kennedy to do likewise after Saturday's visit of Preston.

Pennington, 19, added: "The experienced lads have been brilliant with me, telling me what to improve and what I can bring to the team. They've helped me along and settled me in really quickly."