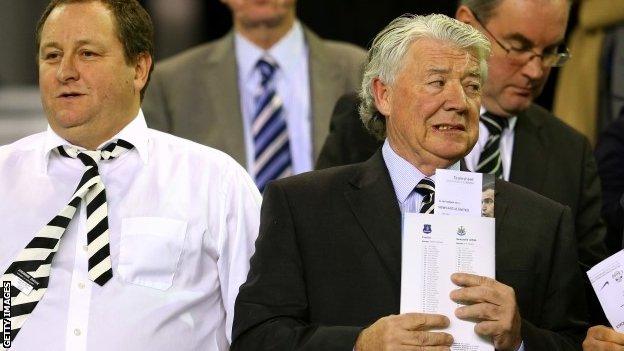 Newcastle boss Alan Pardew claimed that Joe Kinnear did a "lot of good work" as director of football at the club and was sad to see him leave.

The 67-year-old - whose resignation was announced on Monday - failed to make a single permanent signing during more than seven months in the post.

"I'm sad to see anybody lose their job, as Joe has - he did a lot of good work," said Pardew.

"That decision was the board's. My job is actually the next game."

Newcastle sold midfielder Yohan Cabaye - regarded by many as the best player at the club - to Paris St-Germain for £19m during the January transfer window.

However, the Magpies failed to secure a replacement, having had a bid for Lyon midfielder Clement Grenier rejected by the French club.

The arrival of strikers Luuk de Jong and Loic Remy, on loan from Borussia Monchengladbach and QPR respectively, were the only additions to the first-team squad while Kinnear was director of football.