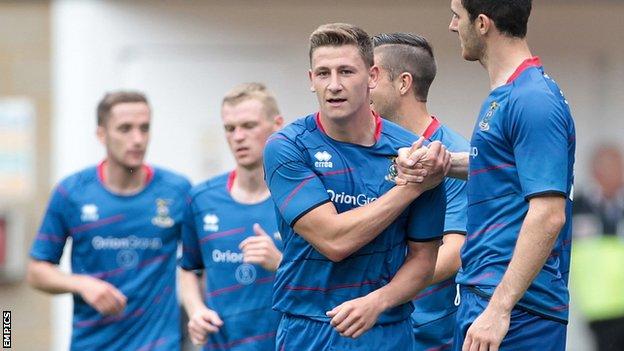 Inverness CT defender Josh Meekings is free to play in the League Cup final after a successful appeal against the red card he received against Hearts.

The 21-year-old was sent off for tripping Scott Robinson moments before Nick Ross scored a stoppage-time equaliser in a dramatic semi-final.

But the Englishman's dismissal for violent conduct has now been reduced to a caution for unsporting behaviour.

Inverness meet Aberdeen in the final at Celtic Park on 16 March.

Hampden Park is unavailable as it is being readied for the Commonwealth Games.

The Englishman was booked for a block on Hearts' double goalscorer, Jamie Hamill, and then for a foul on Sam Nicholson before his side fought back for a 2-2 draw that sent the game to a penalty shoot-out.