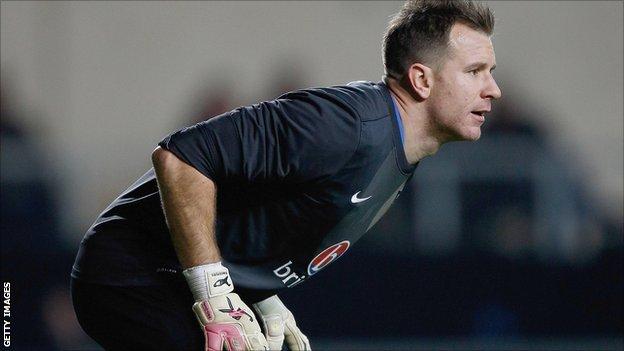 Oxford United keeper Ryan Clarke paid tribute to the team's defence after being named League Two player of the month for January.

Clarke, 31, and his defence went the whole month without conceding a goal.

"It's a nice accolade to receive but everyone in the defence deserves credit," Clarke told BBC Radio Oxford.

"They have been great all season, hence the goals against column, especially the last month when we have kept four clean sheets. We have all chipped in."

"We have a few experienced boys at the back including myself and we try to send the standard for everyone," he added.