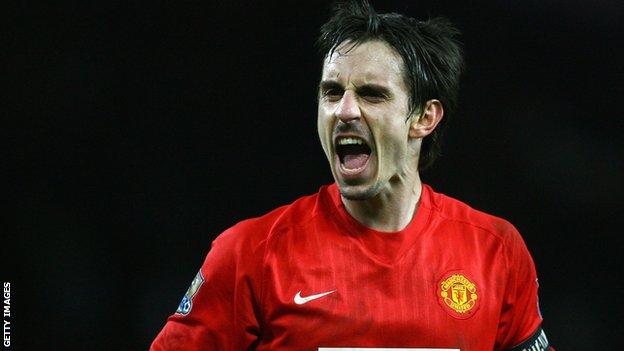 The club's 12-person committee met last Thursday for discussions regarding Neville's interest and are keen for the ex-England international to invest.

"Discussions are at a preliminary stage," a representative of Neville, 38, told BBC Sport.

Neville may be assisted in his financial support of Salford City by former United team-mate Ryan Giggs.

It is believed Neville would set up an academy at Moor Lane and work would finally start on a new clubhouse, for which Salford City gained planning permission in April 2011.

The club have been looking for funding for a number of years.

It was thought Dr Marwan Koukash, owner of rugby league club Salford Red Devils, was a potential investor, but he has told BBC Sport he is not involved.

Salford are ninth in the Northern Premier League Division One North - the eighth tier of English league football.

The Ammies, with nine men, defeated Lancaster City 2-1 in the league on Saturday, their 12th win from 32 games this season.

Neville, who was born in Bury, is now on the England coaching team and a television pundit.