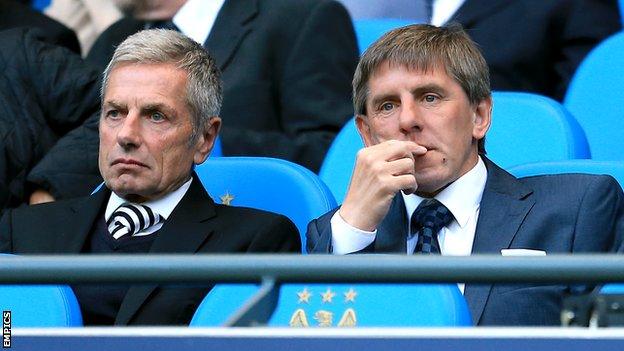 Newcastle United reserve team manager Willie Donachie has resigned following an allegation he hit one of his players, believed to be Remie Streete.

The Magpies suspended the Scot and launched an investigation into an incident after the Under-21 team's 2-0 defeat at Sunderland on Monday.

Former Millwall manager Donachie, 62, joined the club in 2009 initially as assistant director at the academy.

He then became development coach before he was put in charge of the reserves.

A brief club statement read: "Newcastle United can confirm that Willie Donachie has resigned from his position as reserve team manager with immediate effect.

Defender Streete, 19, has yet to make a first-team appearance for the Magpies but has been on the bench in the Premier League.

Newcastle's second string are currently third from bottom in the U21 Premier League table.