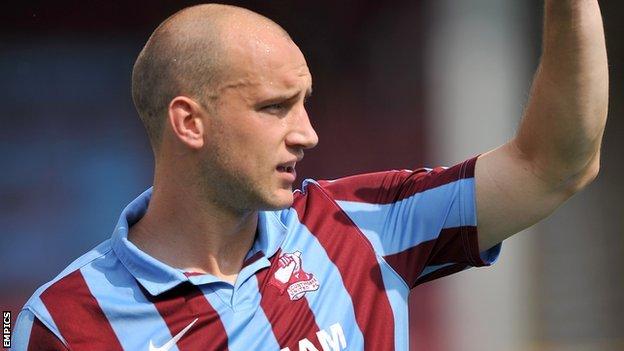 David Mirfin scored a late winner to earn Scunthorpe victory against Accrington, which moved the Iron level on points with leaders Chesterfield.

Hakeeb Adelakun then rifled the ball into the far corner to level before by Mirfin headed home in the last minute.

"It was an amazing game, an amazing day really. Looking at the first-half performance you're thinking it's not going to be our day.

"We just bombarded their goal in the second half, and that's exactly what we wanted to do. We knew how important the next goal was."