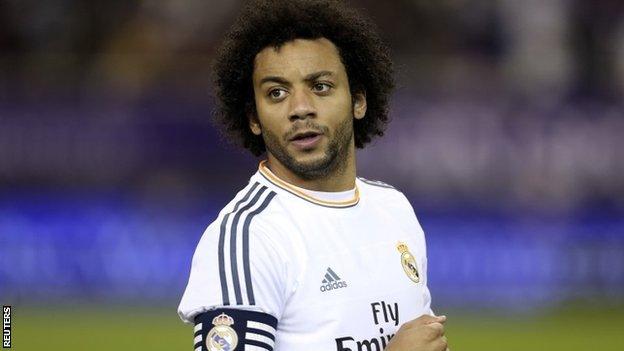 He wrote on Twitter: "Even though this is not the first time it happens I can promise you that we are stronger than any kind of racism.

"This will never affect me or my family."

In 2011, Uefa launched a disciplinary case against Barcelona midfielder Sergio Busquets over alleged racism against Marcelo, although the Spain international was cleared.

Atletico were ordered to play a Champions League match against PSV in 2008 behind closed doors after crowd trouble and allegations of racist abuse during a game with Marseille.