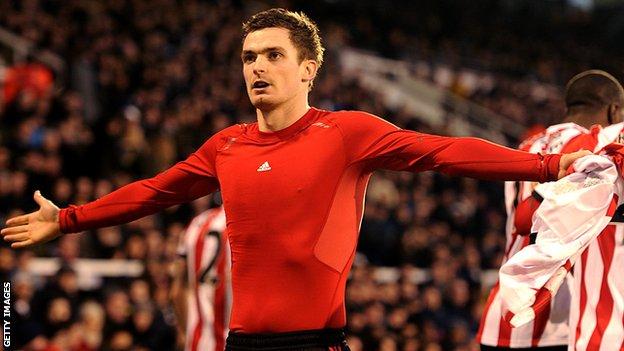 Sunderland winger Adam Johnson has won the Barclays Player of the Month award for January.

Johnson, 26, scored five times in four league games, including the first hat-trick of his career during the 4-1 away victory at Fulham.

His form has led to calls for him to be included in Roy Hodgson's England squad for this summer's World Cup in Brazil.

City scored 14 times as they won all four of their league matches in January and they also reached the final of the League Cup and the fifth round of the FA Cup.

Johnson, who can play on either flank, has represented his country 12 times. However, he has only gained two caps since Hodgson became England manager in May 2012, with his last international appearance coming in August of the same year.