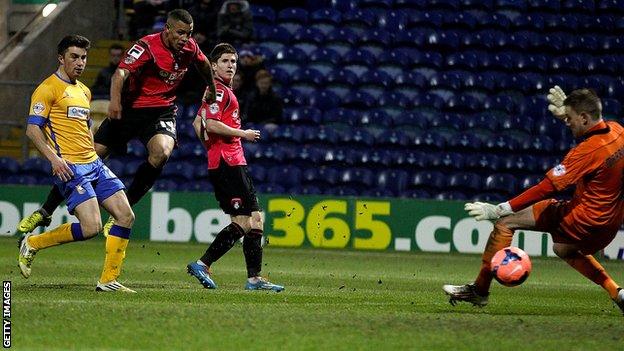 Oldham Athletic striker Jonson Clarke-Harris has signed an 18-month extension to his contract at Boundary Park.

Clarke-Harris agreed a one-year deal when he joined the Latics from fellow League One club Peterborough in May.

The former Coventry youngster, 19, has scored six goals in 34 games this term.

"When we brought him in, it was a test for him to see if he could cope at this level. He has improved a lot, we believe in him and he will continue to improve," said boss Lee Johnson.

He told the club website: "We felt that to give him an improved contract would show him that we value his contribution.

"We know that he still needs to improve, but we feel that if he keeps the same attitude he has shown, he has a very good chance of having a good career."