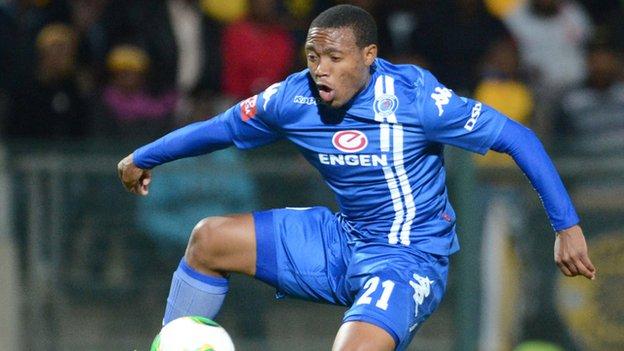 Confederation Cup debutants African Stars of Namibia began their maiden campaign in impressive manner with a 2-0 win over Petro Atletico of Angola in their preliminary round first leg clash on Friday in Windhoek.

Two late goals from substitute Johannes Seibeb handed African Stars victory at a jubilant Sam Nujoma Stadium and gave them a firm advantage to take to Luanda next weekend.

Elsewhere, Zimbabwe's How Mine defeated Chuoni of Zanzibar 4-0, while ASN Nigelec of Niger gained a 2-0 first leg advantage over CS Constantine of Algeria.

AS Kigali of Rwanda beat Tchite of Burundi 1-0 in their first leg tie, CS Don Bosco of DR Congo defeated Victoria of Uganda 3-0, while Union Douala of Cameroon beat Aslad Moundou of Chad 3-0.

South Africa's SuperSport United, participating in the competition for the second straight season, got off to a strong start with a 2-0 win over Gaborone United of Botswana.

Elsewhere there was a comfortable win for Gabon's C.F. Mounana, who brushed aside Desportivo da Hukia of Angola 3-1.

A total of 40 clubs featured in the weekend's preliminary matches, with Red Lions of Liberia advancing through to the second round without kicking a ball after their opponents, Guinea Bisseau's Estrela de Cantanhez, withdrew.

The return leg matches are slated for a week later, while first-round games will be played from the weekend of 28/29 February.