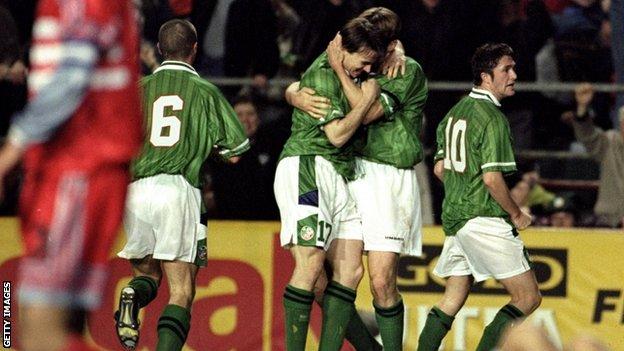 The Republic of Ireland will take on Turkey in a friendly at the Aviva Stadium in Dublin on 25 May.

The match will form part of manager Martin O'Neill's preparations for the Euro 2016 campaign, which start with the friendly against Serbia on 5 March.

It will be a 13th game between the sides, with the Republic having won five and Turkey prevailing just once in their previous meetings.

The Republic hope to arrange further friendlies at the end of the season.

Republic fans will recall the 1999 heartache of playing Turkey in the play-offs for Euro 2000.

A 1-1 draw at Lansdowne Road in the first leg was followed by a scoreless draw in Bursa, allowing Turkey to go through on the away goals rule at the expense of Mick McCarthy's men.