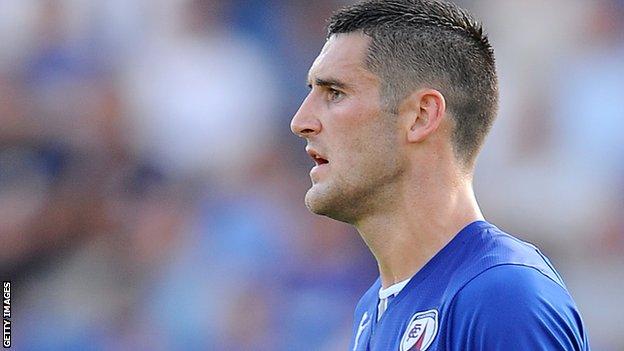 Brown, 23, has scored one goal in three appearances for the Spireites this season and spent time on loan with Chester's Conference Premier rivals Southport earlier in the campaign.

Chapman, 22, extended his deal with the League Two team until 2016 prior to joining up with Steve Burr's side.

Both players are likely to feature against Aldershot on Saturday.