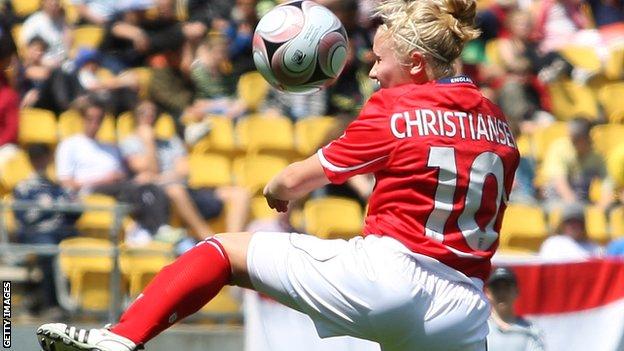 The striker, 22, is a product of Manchester United's youth setup and was called into the England squad for the 1-1 draw with Norway last month.

"I was very impressed with the developments at the club and their vision for women's football," said Christiansen.

The ex-Everton player becomes City's seventh signing ahead of their first appearance in the Women's Super League.

"Isobel adds to our attacking personnel and strengthens our chances of becoming competitive this season," said City manager Nick Cushing.

Christiansen, who says she is pleased to be moving back to near her home town of Macclesfield, has played for England from under-15 level through to under-23 and was included in Mark Sampson's senior squad in January, though she played no part in the draw with Norway.

After coming through United's youth system, she moved to Everton before joining Birmingham, where she won the FA Women's Cup in 2012.