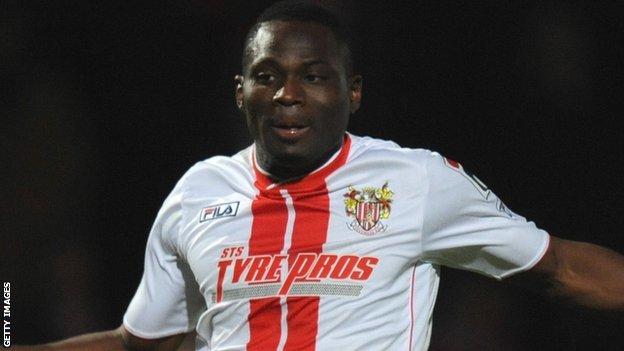 Stevenage got off to an ideal start, in the fifth minute, when Zoko controlled the ball in the box and beat Crewe defender Mark Ellis before finishing.

Crewe made a change in goal, bringing back Neil Etheridge following his return on loan from Fulham earlier in the day.

"We ground out a determined, but very ugly, 1-0 win

"When you get a goal after four minutes you hope it settles the nerves - I don't think it did.

"We'll realise on reflection that we have to be better in possession.

"In terms of grit, determination and work rate, they really did spend themselves tonight."

"I don't think I've had so many players out with injury. It left us a bit short on the bench.

"I won't complain or use the ones we had missing as an excuse for the defeat because I felt we did enough to have at least got a point.

"I'm sure we will have some of our players back for Saturday's home game with Swindon."