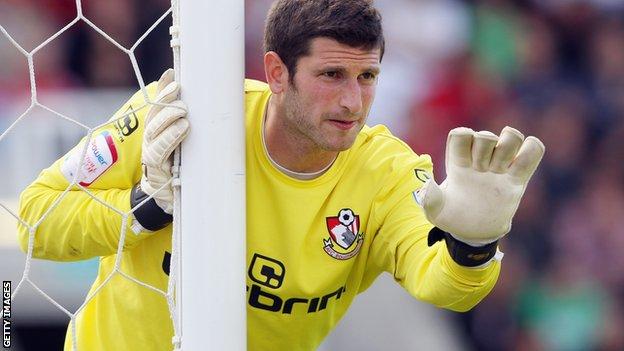 League One side Leyton Orient have agreed to sign Bournemouth goalkeeper Shwan Jalal on a one-month loan deal.

The 30-year-old, who has not featured for the Cherries this season, will officially join the O's when the loan window re-opens on Saturday.

Orient number one Jamie Jones is currently sidelined with a back injury.

Ben Alnwick, who joined from Charlton on transfer deadline day, is also absent after being signed off on medical grounds.

Iraq-born Jalal, a former Tottenham trainee, joined Bournemouth in August 2008 and has made a total of 170 appearances for the Dorset club.

He had a loan spell at Oxford United earlier this season but did not make an appearance for the League Two club.

"I know there's a real good set of players here so I'm just delighted to come into the group and be around the place," Jalal told the Orient website.

"My goals are just to come in, play some games and fit into the team. I know the team are going extremely well."