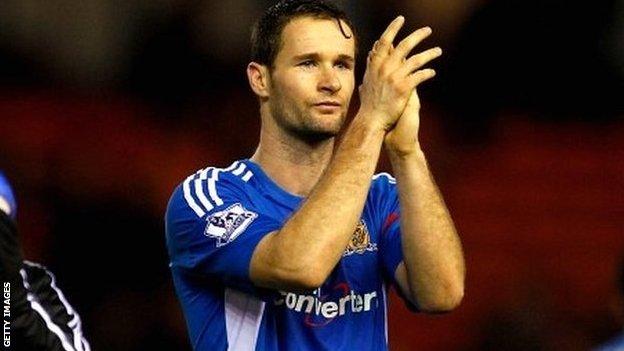 The Hull loanee gave Barnsley the lead as he looped over a hesitant Sam Johnstone in the Rovers goal.

But James Coppinger's brace - he hit his first into an empty net before finding the top corner with a deflected effort - put the home side ahead.

Proschwitz went close before turning in a low cross a minute from time.

The point means Barnsley remain second from bottom, but are five points from safety.

Rovers missed out on a chance to move further clear of the bottom three, but six points separate them from the drop zone.

Paul Dickov's Doncaster looked to be heading for victory as they hung on following two composed strikes from Coppinger.

The 33-year-old first took advantage of an error by Barnsley goalkeeper Luke Steele to tap in and then clipped in from the edge of the box.

But after Johnstone made two fine saves to keep out a curling shot and a header from Proschwitz, with the German striker also hitting the bar from another header, he finally found the net.

With Millwall earning a late equaliser against Bolton, the teams at the bottom of the Championship have now become more closely bunched.

Doncaster boss Paul Dickov: "I'm disappointed because we went 2-1 up, looking like we're going on to win it but then switched off from a throw-in.

"But it's another point earned towards where we want to go."

Barnsley boss Danny Wilson: "To keep going to the end, at this stage of the season and with the magnitude of the game, showed how much character this group has got.

"We didn't really need to lift the lads after the equaliser because we all felt that we were doing well. It didn't seem to get to them because I thought they really took the game to them again.