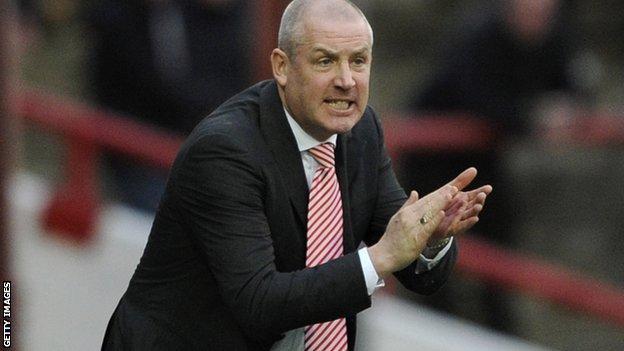 Judge blasted the visitors ahead from 20 yards and Marcello Trotta, George Saville and Judge had chances to double the lead in a one-sided first half.

Midfielder Judge did make it 2-0 from 25 yards and an astounding 35-yard shot from Adam Forshaw put the Bees 3-0 up.

An outclassed Crewe replied through a Chuks Aneke penalty.

But although Clayton Donaldson's handball in the area was punished by Aneke's cool spot-kick, there was never any serious danger of preventing the Bees from extending their unbeaten league run to 19 matches.

Brentford have now scored eight goals in two matches against Crewe, having hammered them 5-0 earlier in the season.

Wolves' victory over Notts County means Brentford are still only two points clear at the top of the table.

But Preston's 1-1 draw with Leyton Orient on an emotional day at Deepdale following the death of Sir Tom Finney, means the Bees are now five points ahead of the O's, who stay third.

Alex were much improved after the turnaround and played their part in a thrilling second period, but they should have been out of the game by then.

After Judge had found the top corner with a wonderful early first-time hit, the Bees threatened to demolish the hosts.

A couple of inviting Jake Bidwell crosses could easily have led to goals while Saville missed a good chance, shooting well wide from 15 yards out after good work by Judge and Bidwell.

Trotta also shot just wide, Donaldson blazed a shot over and Judge forced a fine save from goalkeeper Ben Garratt.

Judge's second wonderful strike and an even better long-range effort from Forshaw ensured Brentford's first-half profligacy did not matter.

And despite Aneke's penalty and one or two close calls for the away side as the game became increasingly open, Brentford still had the better and more regular chances.

"I thought the first half was outstanding, the tempo and quality, but we should have been out of sight in the first half, we need to be more clinical but it's the only negative, but some of the play today was very good.

"They have to get their rewards, last year they didn't and this year I don't want it to happen to them, as they are working tirelessly and I want them to finish games off.

"It's good to have the squad working and in general we are in good shape, we entertain Wolves next, but we do what we do well and we fear no-one."