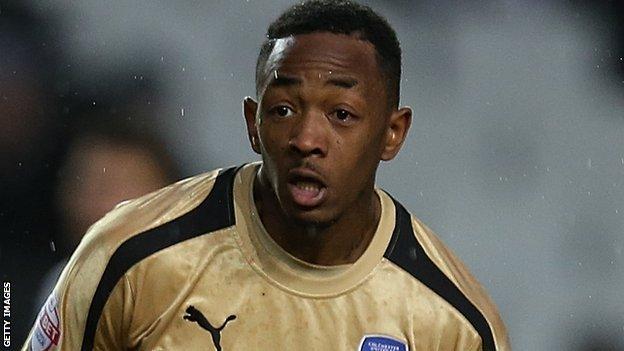 Colchester winger Sanchez Watt received a red card but his side held on to secure a draw against Swindon.

The game was given the go-ahead at 18:55 GMT despite heavy rain in the Wiltshire area.

Watt was sent off on 70 minutes after an altercation with Nathan Thompson, but Town could not make it count.

Colchester played out Friday's goalless draw in front of a hardy 96 travelling fans.

Byrne had a chance to break the deadlock late on but he fizzed his shot just wide of the post.

The League One clash was moved to Friday night as Swindon play in the Johnstone's Paint Trophy southern area final on Monday against Peterborough.

The result means the Robins remain four points behind sixth-place Posh, who also drew 0-0 on Friday against Walsall, while Colchester stay in 14th.