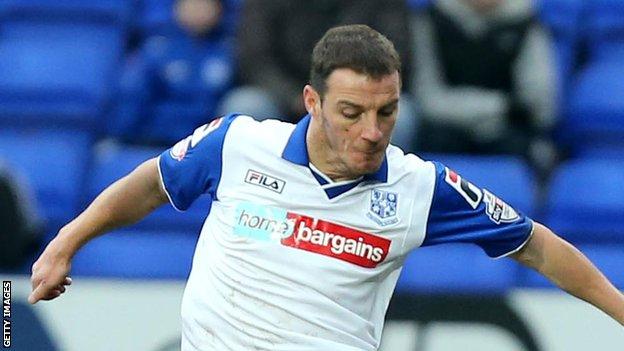 The Welshman curled a right-footed shot into the top corner of the net with just 10 minutes remaining as the visitors twice came from behind.

Sam Baldock put the hosts ahead as his cross went in off the post before Jake Cassidy levelled with a fierce shot.

The result means both teams sit just two points above the League One relegation zone.

"We looked tired and it was something I feared, which is why I tried to whip it up a bit after the Brentford game.

"It's all caught up with us. We didn't have that spring in our step.

"It's important on days like today that we don't get beat. The one thing we did do was try to win the game.