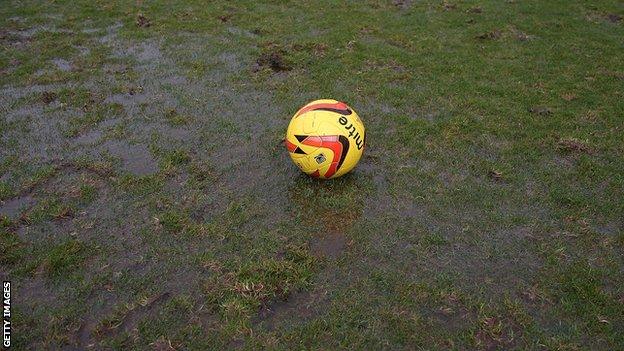 Coventry City's home match against Bradford City has been postponed because of a waterlogged pitch.

An inspection of the Sixfields pitch was made early on Saturday morning, and the match was subsequently called off.

It is the second time one of Coventry's home matches has been called off in February, with their game against Walsall also being postponed.

Steven Pressley's Coventry side are 12th in League One, with Bradford one place and two points behind in 13th.