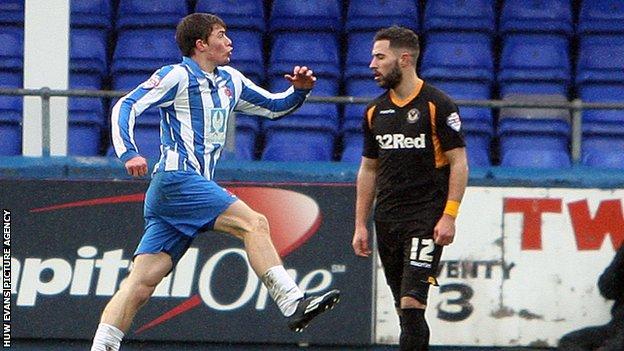 Hartlepool moved to within six points of the League Two play-off places with a comprehensive win over Newport.

Newport dominated the first half but Hartlepool took the lead when Luke James's right-footed effort from the edge of the area beat Elliot Parish.

The home side doubled their lead when Andy Sandell put the ball in his own net following Simon Walton's corner.

Luke Williams capitalised on sloppy defending to score a third in stoppage time.

Colin Cooper's side are up to eighth in the League Two table while Newport, who have now gone six games without a win, have slipped to 10th.

"We deserved perhaps a little bit better. For long spells of the first half I thought we looked comfortable and we had some good chances.

"But the goals we gave away, certainly the first two, we're disappointed with and if you're going to keep chasing games it's hard to come back at any level.